The Genesis Block - also known as Block 0 - was the first Bitcoin block ever mined by its creator, Satoshi Nakamoto. Its creation is regarded as a pivotal moment in the foundation of the blockchain, since it was the fundamental prototype from which all subsequent blocks were modeled.

Some very vague clues come from GITM to the effect of it’s in the cards, this prompts us to begin the search once again.

It was as GITM said… In the cards. In Digital Gold rarity of the “Proliferation” we found what appeared to be one part of the coordinates. Latitude. In the M2 Legendary Card we find pi π on the briefcase. Longitude. The coordinates:

This led us to Lagos Nigeria. After some incredible hunting by Victor we managed to locate the number that has been found on 2 other cards. Those cards being the “gHost_inThe_Wir3” card and the Digital Gold rarity of the “Inception” card. That number being 008027745108. The number found in Lagos Nigeria is missing the first 0 however. This doesn’t seem to matter, as confirmation comes swiftly from GITM.

“You are close. But you sometimes forget to slow down, to smell the roses, to take a walk. To look around you. Try again. Pay attention. The Answer is hiding in plain sight.” – GITM code

The Hunter and the Hunted

Imagine a canvas. Upon this canvas, a hunter and his dogs search for a rabbit. But even though the rabbit lies at his feet, the hunter does not see it. On his shoulder, the hunter keeps his Alpha. (a = 642.5) What is the sum of his two dogs’ Alphas added to the rabbit’s Beta?

Raghav Verma comes in with the final solve!

“You are all beginning to see things in a more enlightened way. You do not simply need to look at numbers. Sometimes, there is esoterica contained in the way we must find answers.” – GITM code

Unlock: The release of the Keycards

A pyramid card called “Acceptance” is placed for sale to the community for 533.33 wax. The card is a Cypher. It was covered with numbers, but some shone prominent amongst the rest.

Victor absolutely nails this one by attributing the numbers on the pyramid to the periodic table creating a message. (see image)

“It is all there. Right in front of your eyes. Hiding in plain sight.” – GITM code

A lesson in Value: Soontoshi

During the last moment, I allowed the market to be flooded with one free NFT by intent. This was intended as a demonstration. The lesson, I hope, has been learned. In future, all free NFT’s in the series will again be limited. I will instruct the production team to limit the release of key cards from four days to two. Value your benefactors. Appreciate your opportunities. Cherish the value you have collectively built. Continue to work together. Perception equals value. Delusion equals bankruptcy.

Raghav Verma Suggests we burn the Satoshi 3’s. As has been a community trait from a previous Satoshi release.

GITM approves by acknowledging the comment. No reward is promised. There was a decision to be made. Burn your Satoshi 3 asset and appease GITM? Or hold your asset. There is no wrong answer, just a decision. The community members that took it upon themselves to burn their Satoshi 3 assets were giving sacrifice, with knowledge that this would only serve to reduce the supply and increase the value of the remaining assets even for those who had abused the system. Though this may seem paradoxical, it was done out of respect, understanding and with gratitude to the Bitcoin Origins team and GITM.

Are you seeing the effects of greed? Of fear based decisions? Simply consider the trajectory of BTC and much of this may seem familiar. – GITM code

Unlock: Satoshi 3 Rabbit in the Moon

6 Keycards were released and sold to the community at 125 wax each. These keys came with mysterious words, letters and numbers from GITM in the form of a clue. (see image)

Breeze, Enigma, Above Us, North Gate, Aquila and Undressed.
These are the names of the 6 Keycards provided to the community.

It was recognised quickly that these words and numbers were of the genesis block of Bitcoin.

Certain letters were highlighted in bold in the clue. By running the ends of the lines on each keycard named over the corresponding letters/numbers referenced in the clue onto the “Propagation” card, each key would circle an answer…

FA b8 G7 i3 were the bold characters of the clue. With the keys super imposed, we circled the characters in the “Propagation” card (see image). F C8 61 6C

The above code is where our quest ended.

GITM used the code F C8 61 6C to derive a mint number of a holder of the keycard Aquila. That holder won an extremely rare card named “Alcyone“.

Later clues revealed the use of more of the keycards.

Have we used them all? Will they all be used? Can more still be used today? Read on.. 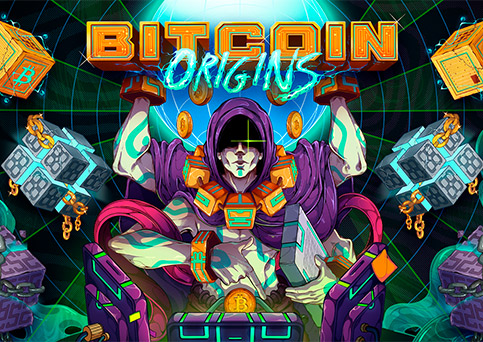